As well as Swansea Arena, the Copr Bay phase one development also includes a 1.1-acre coastal park, the new bridge over Oystermouth Road, new apartments and new spaces for leisure and hospitality businesses.

The figures also show Swansea-based businesses benefitted from £17.9m of the £34.6m spend. Businesses elsewhere in Wales outside the Swansea Bay City Region benefitted from a further spend of £18.7m. 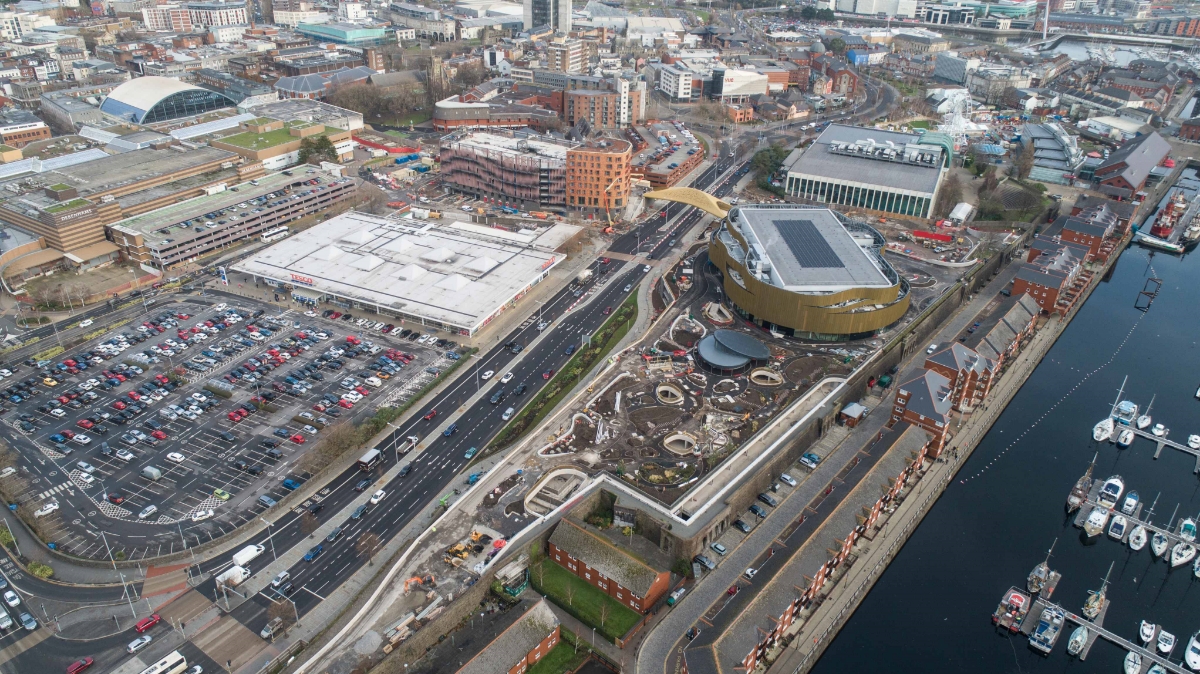 Copr Bay phase one is being developed by Swansea Council and advised by development managers RivingtonHark. Buckingham Group Contracting Ltd is leading on its construction.

Cllr Rob Stewart, Swansea Council Leader, said: “The Copr Bay phase one development is so important to Swansea, South West Wales and Wales as a whole not just because of the extra footfall, spending and jobs it will generate in our city centre, but also because of the local, regional and Wales-based supply chain businesses the project has been able to benefit throughout its construction.

“These figures show a huge amount of money has been reinvested in the Swansea, regional and Welsh economies throughout construction of the emerging district, which has made outstanding progress during the pandemic.

“The thousands of construction workers who have been on site since building work started will also have been spending money in Swansea’s shops, restaurants, hotels, pubs and other businesses, which has been a welcome boost for our business community in these challenging times.

“But as well as Copr Bay, we’ll be looking to benefit local businesses in this way as part of all our major redevelopment plans in Swansea. This includes the construction of the new office development at the former Oceana nightclub site on The Kingsway, with an event having already been held for local businesses to learn about the opportunities forming part of that project.”

The new bridge over Oystermouth Road in Swansea, which also forms part of Copr Bay phase one, is part-funded by the Welsh Government’s Active Travel fund.