More than 2,800 workers have helped build the Copr Bay phase one development so far since construction began back in 2019.

Together, they’ve clocked up over 722,000 hours of work, with figures showing 77% of the workers are from Wales.

Swansea Council is developing the district, supported by development manager RivingtonHark. Construction of the district – being led by Buckingham Group Contracting – will be complete later this year, with the arena opening its doors in early 2022.

Ambassador Theatre Group (ATG), who will operate the arena, have already appointed a venue management team. They’re among 21 full-time jobs the arena will generate, with approximately 120 further casual jobs to be created at the arena.

It’s estimated the arena, once up and running, will generate 467 full-time jobs in Swansea when indirect jobs created in sectors like building services and food and drink are also included.

Swansea-based business The Secret Hospitality Group have signed-up to run a restaurant and café in Copr Bay’s coastal park, which is set to generate even more jobs for local people. The business will also join the other restaurants in its group by sourcing all of its produce within 10 miles of Swansea. 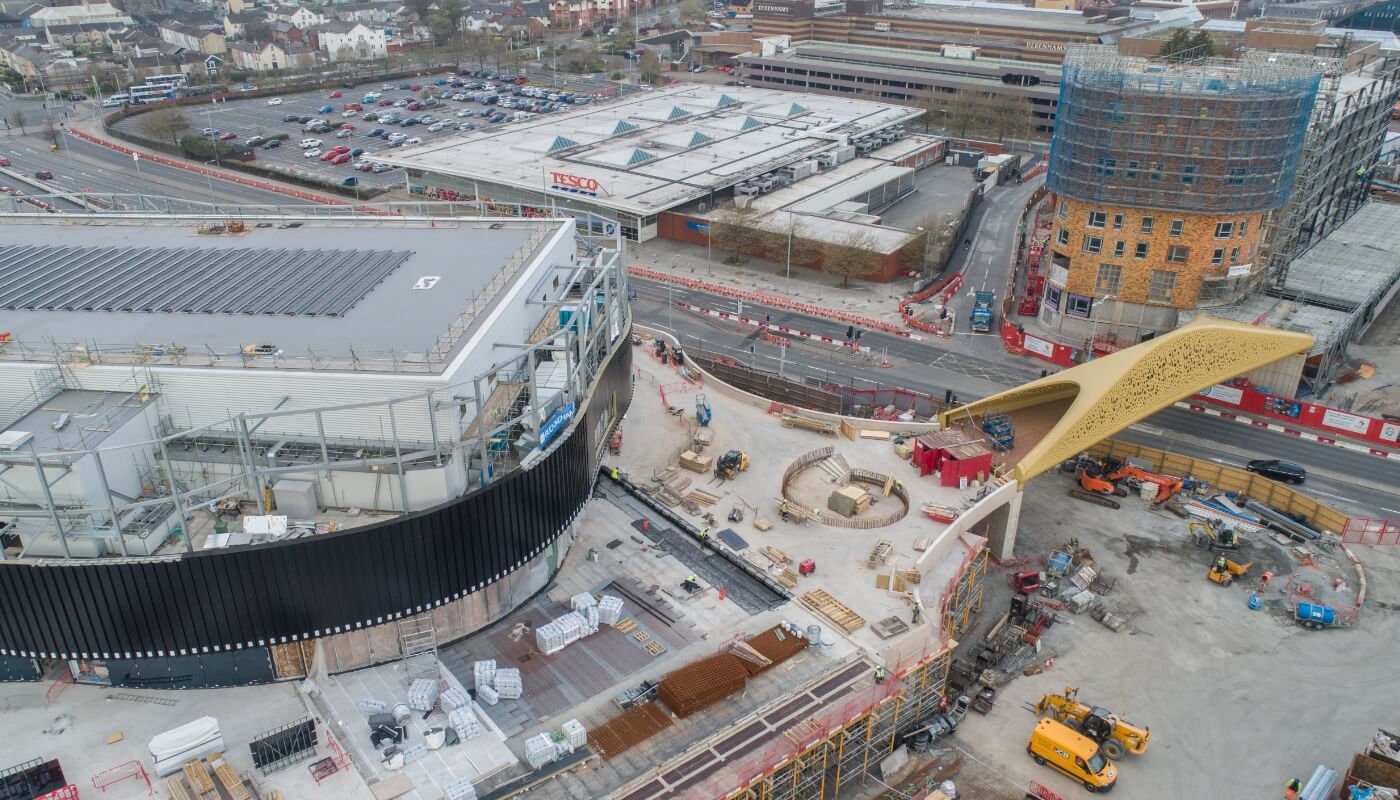 Cllr Rob Stewart, Swansea Council Leader, said: “Benefitting local people through job creation and more footfall and spending for our existing businesses is at the heart of our Copr Bay scheme.

“The thousands of construction workers on site throughout the pandemic has been a very helpful boost to local businesses at an extremely challenging time because of the money they’ve been spending on food, drink and accommodation, but hundreds more full-time jobs will follow at Copr Bay. As well as the arena jobs, these will also include jobs to be created by scheme tenants who are yet to be announced.

“The Copr Bay phase one development will be worth £17.1m a year to Swansea’s economy. By attracting thousands more people into the city centre, it will further support our local businesses while also creating further investment and jobs.”

Cllr Stewart also says thousands more jobs are on the way to Swansea, in addition to those being generated by Copr Bay phase one.

He said: “Although the scheme is yet to be finished, we’re already seeing evidence of private sector investment being catalysed by the work, which has considerably raised Swansea’s profile across the UK and beyond.

“Just a few weeks ago, we announced our preferred private sector development partner – Urban Splash – for a £750m transformation of several key sites in Swansea, including the Swansea Central North site just across the road from the arena where we have plans for a public sector hub. These schemes will combine to create and secure 10,000 more jobs in Swansea, and construction work is also soon starting on the new office development at 71/72 The Kingsway that will provide space for 600 other jobs.”

The arena element of Copr Bay phase one is being part-funded by the Swansea Bay City Deal as part of the Swansea City & Waterfront Digital District project, along with the office development planned for 71/72 The Kingsway.

The landmark bridge forming part of the scheme is part-funded by the Welsh Government’s Active Travel fund.