Swansea has a real chance to become a UK flagbearer for decarbonisation and well-being, according to a city developer.

Carwyn Davies, Managing Director of Hacer Developments, says the combination of on-going schemes with future plans means Swansea can be ahead of the curve in reaching green agenda ambitions.

Swansea-based Hacer Developments are behind the ‘living building’ plans for the former Woolworth’s unit in the city centre. Due for completion towards the end of 2023, the new development will feature an urban farm-style greenhouse over four floors, residential apartments, shops and offices.

Carwyn said: “Led by the council, which is working in close partnership with the private sector and other organisations, Swansea is on a hugely positive regeneration journey that we want to be part of as a local company with a local ethos that’s focused on benefiting local supply chain businesses.

“The Copr Bay development including the arena will attract far more people into the city centre, with the greener Kingsway now looking a far better prospect for business and urban living.

“The greenery there is great, but it can’t just be aesthetic. The combination of our biophilic building with other green roofs, living walls and zero-carbon schemes planned in Swansea means the city can punch above its weight in terms of the green agenda because of our size and scale. We have a real chance to get ahead of the curve.” 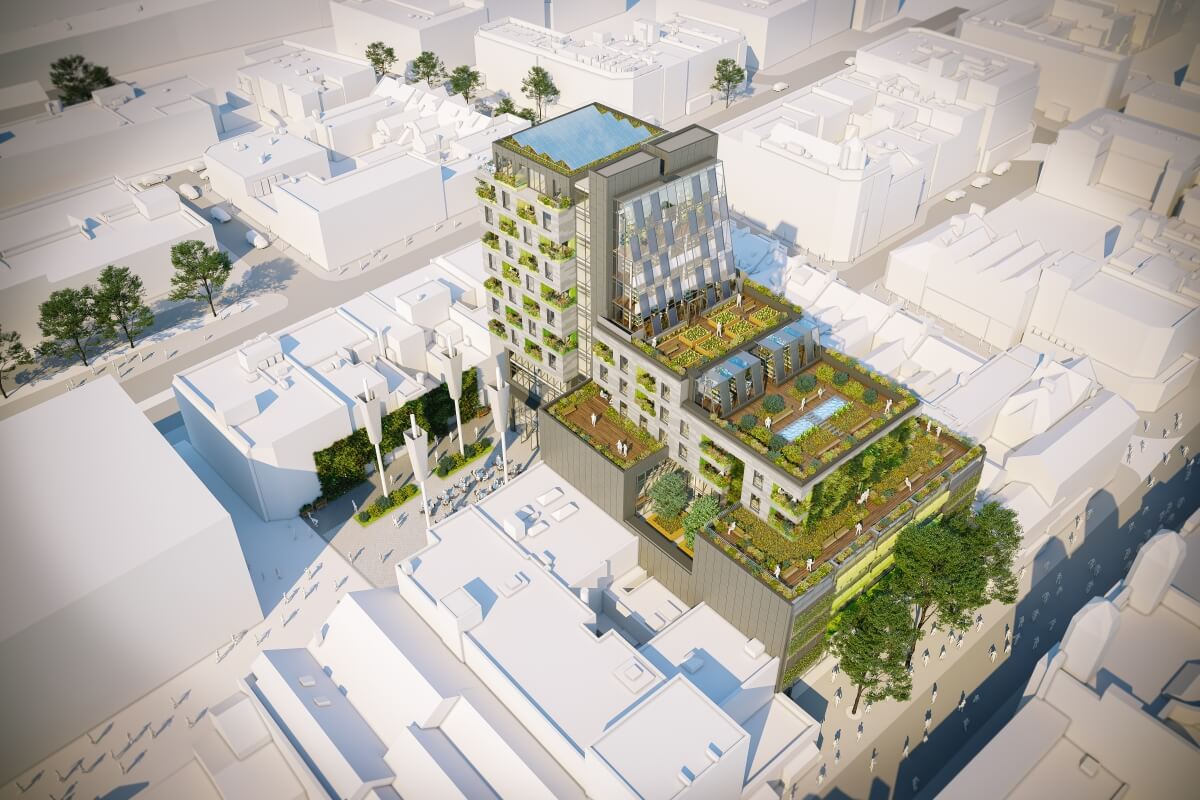 Other zero carbon schemes planned in Swansea include the new office development being planned for 71/72 The Kingsway. Led by Swansea Council and being part-funded by the Swansea Bay City Deal, this development will feature a green roof, solar panels and rainwater capture.

Construction work is soon due to start on that development, with the council having appointed Bouygues UK as its main contractor.

Carwyn says the introduction of greener, more flexible workspaces of this kind will help meet people’s needs, as the city emerges from the pandemic.

He said: “The working from home trend during the pandemic means office environments will no doubt change. Rows of desks are perhaps not the way forward now, with workspaces set to become more flexible and greener.

“That will be the case at our development too, with analysis to be carried out on how these environments benefit the well-being of people living and working there.”