A milestone moment in one of Wales’ most high-profile current regeneration schemes was marked by the online release of a dramatic video today.

The topping out of Swansea’s new, 3,500-capacity arena – a new landmark destination for South Wales – took place with a virtual celebration, in light of current restrictions as a result of COVID-19.

It saw political and business leaders mark the moment together, digitally, via a specially created video.

The film features footage from a drone sweeping through the expansive – and newly named – Copr Bay Phase One district. It takes the viewer around the complex and right up to the arena rooftop over 20m above the road below.

The activity was the latest milestone for the £135m Copr Bay Phase One scheme, a catalyst for the city’s £1bn transformation over the coming few years.

Develop Managed by RivingtonHark, it is being built by Buckingham Group Contracting and the arena is to be operated by The Ambassador Theatre Group, (ATG), a global leader in live theatre. The project, with the arena, new 1.1-acre of parkland, homes, commercial units, parking for around 1,000 cars and landmark bridge, is on target to open in the second half of next year.

The film combined drone footage across the site with CGIs and video interviews. It can be seen online here:

Council leader Rob Stewart said: “This is a key moment in the transformation of this site and the £1bn regeneration of Swansea city centre.

“The private and public sectors are backing Swansea with ideas, money and action – and people across our communities can be confident in the city’s future.

“Although this was an important moment, we took the pandemic into consideration and chose to do it virtually rather than with a traditional gathering.”

Secretary of State for Wales Simon Hart said: “It’s fantastic see a transformative project – one of the biggest in the UK – being delivered in the heart of Swansea.

“The UK Government is working to bring greater investment and growth to communities across Wales and this project is going to make a huge difference to Swansea and to the wider region.

“It is something to be excited about and it’s been an incredible achievement to deliver it during some very difficult times.”

Wales Deputy Minister for Economy and Transport Lee Waters said: “The arena will be visible across the sweep of Swansea Bay – and we hope its economic impact will be felt right across the city region.”

“This development is going to be the catalyst to drive all the ambitions we have so I urge investors to take a look at us; they won’t be disappointed.”

Buckingham Group Director Kevin Underwood said: “We’re delivering high-quality work on this very special project – a fantastic flagship development for the centre of Swansea. We’ve reached an important milestone in the construction of this innovative arena and I look forward to it hosting some fabulous shows in the near future.”

ATG Group Operations Director Stuart Beeby said: “With this major milestone reached, everyone can start to see what a premier building the Swansea Arena is going to be.

“An arena of this calibre deserves to be filled with world class acts and we’re already booking in shows with some of the industry’s top promoters.

“Swansea’s new future as a destination for the best live entertainment is closer than ever.” 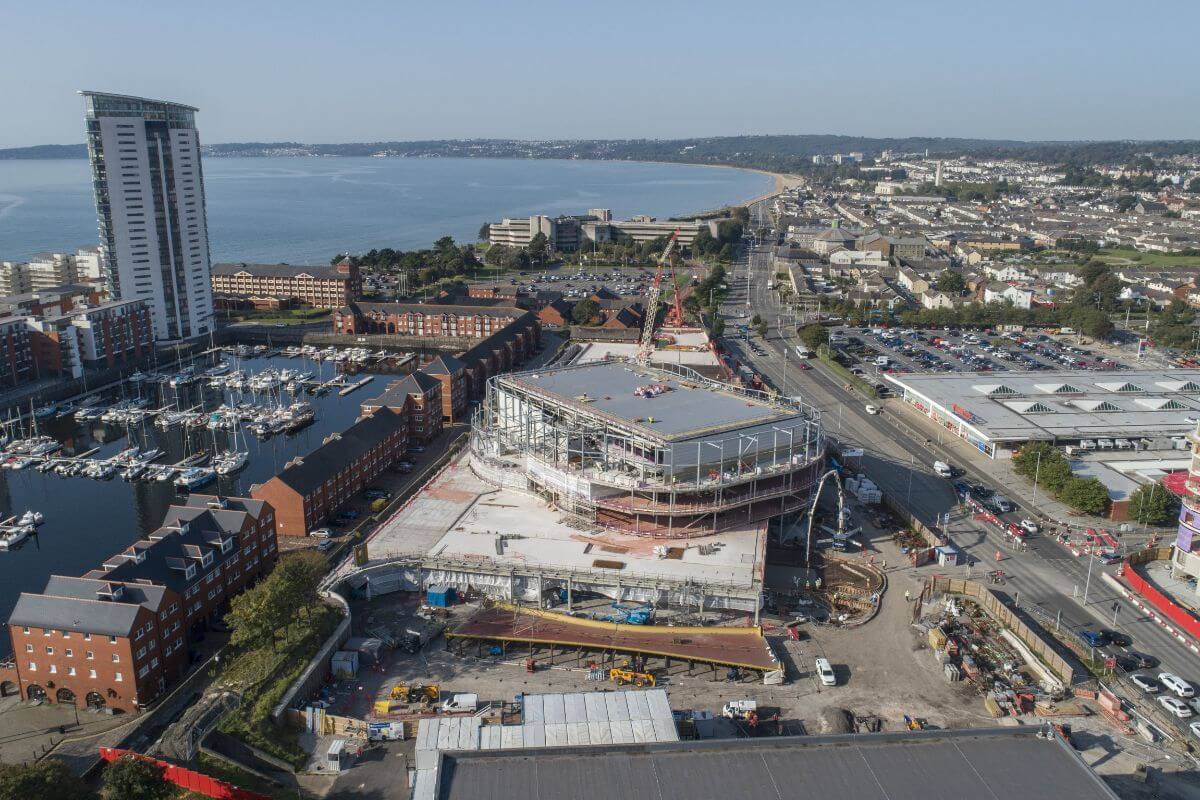 Copr Bay Phase One under construction 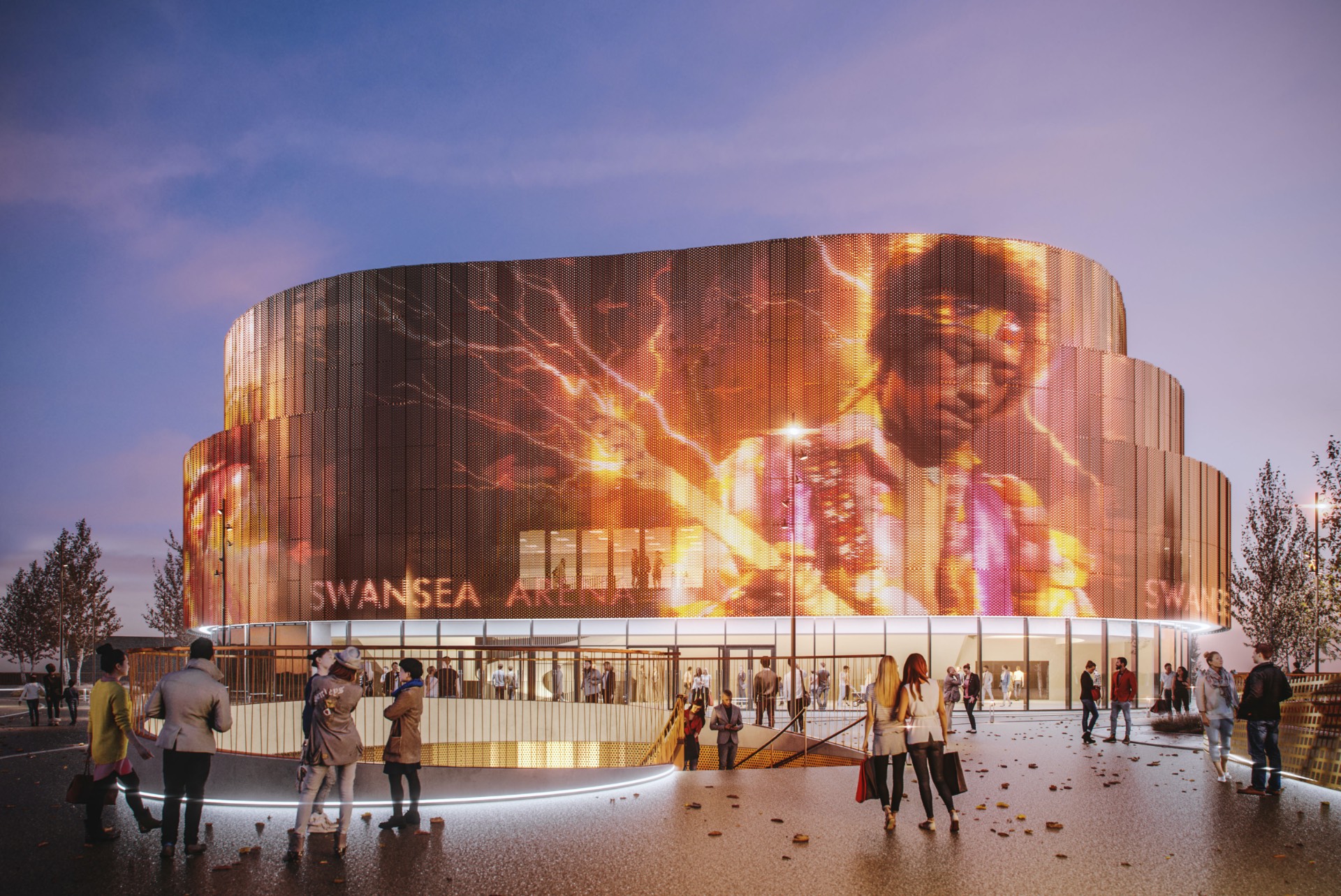 How the arena in Copr Bay will look