Installation of all gold-coloured panels surrounding Swansea Arena is now just about complete.

Over 1,600 of the panels have been installed – each equipped with LED lights to enable the hosting of displays around the attraction.

It’s another milestone for the £135m Copr Bay phase one district, which is being developed by Swansea Council and advised by development managers RivingtonHark.

Construction of the district – led by Buckingham Group Contracting Ltd – will be complete this year, with the arena opening its doors in early 2022.

Cllr Rob Stewart, Swansea Council Leader, said: “This is another great milestone for our Copr Bay phase one district, which will be worth hundreds of jobs and £17.1m a year to Swansea’s economy.

“Significant progress is being made every day. This includes the planting of trees and other greenery in the 1.1-acre coastal park next to the arena and major construction progress on the new restaurant in the park that will be run by a Swansea business.

“People walking, cycling or driving along Oystermouth Road may also have seen more greenery being introduced recently along the roadside, with a living wall soon being introduced nearby too.

“The arena is creating a stunning new landmark on Swansea’s transformed cityscape. It will combine with many other projects to ensure our city quickly bounces back from the economic impact of the pandemic.

“Copr Bay phase one has been and continues to be delivered despite the challenge of Covid, while also paving the way for phase two that will be progressed with Urban Splash – our preferred development partner for the regeneration of several key sites in Swansea.”

Other features of Copr Bay phase one include the new bridge over Oystermouth Road, which will soon benefit from a permanent lighting scheme. Apartments are also being constructed, along with spaces for more businesses in the hospitality and leisure sectors.

The arena feature of Copr Bay phase one is being part-funded by the Swansea Bay City Deal as part of the Swansea City and Waterfront Digital District project that also includes the new office development soon being constructed at 71/72 The Kingsway.

The bridge over Oystermouth Road is part-funded by the Welsh Government’s Active Travel fund. 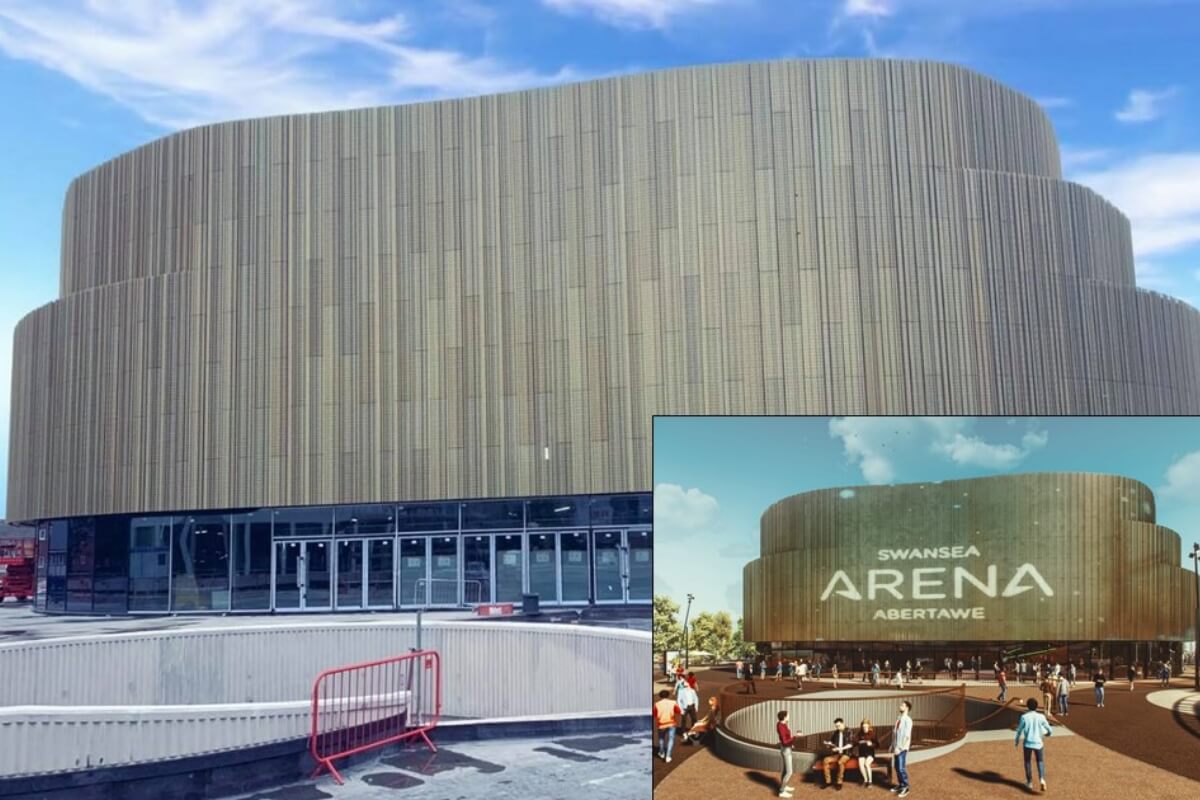