From a major scheme that will preserve Swansea’s rich industrial heritage to a multi-million pound project that will bring substantial new leisure, housing and green space to the city centre, Welsh Government Economy Minister Vaughan Gething has seen first-hand the enormous scale of regeneration work on-going in the city.

Penderyn Whisky is planning to open a visitor attraction at the Copperworks site next year, along with an on-site distillery to add to the company’s existing facilities. Preservation work is also on-going on the site’s powerhouse and outbuildings.

Swansea Council is leading on the Copperworks and Copr Bay schemes. 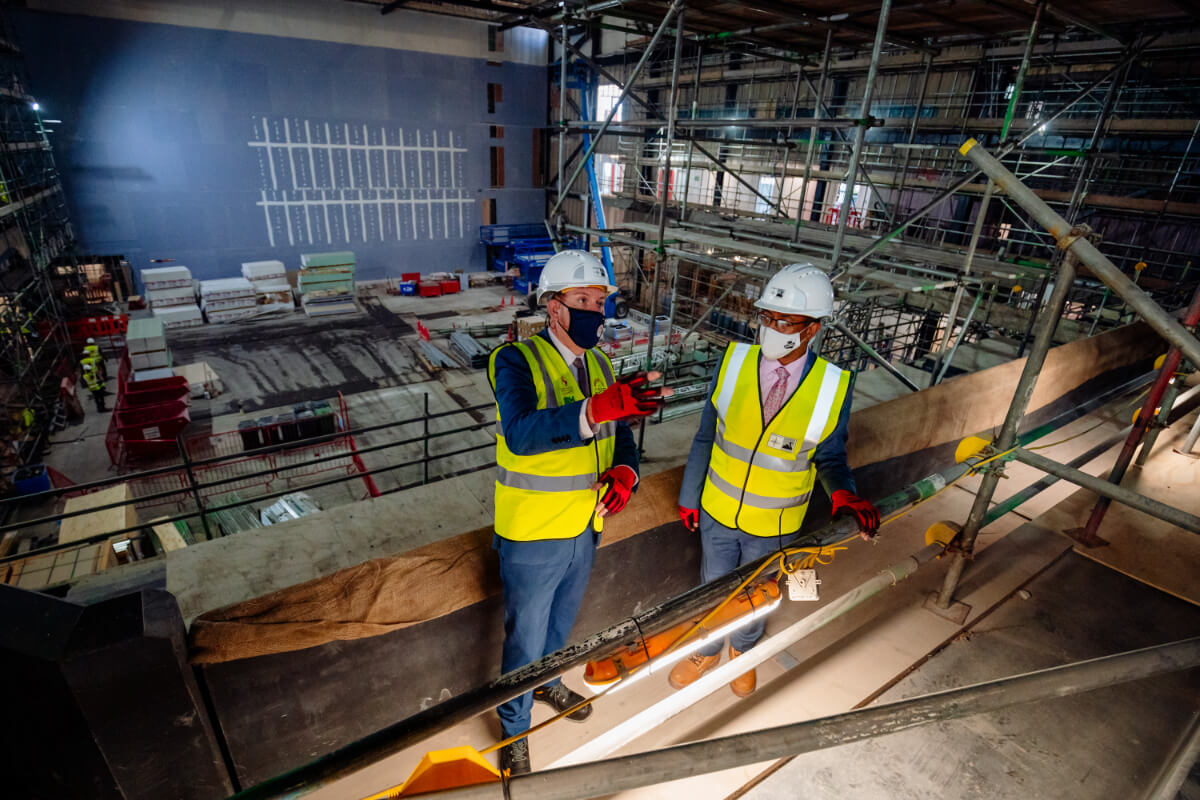 “They will generate thousands of jobs for local people, benefit our local businesses and attract further private sector investment to Swansea. They also mean, in combination with many other projects, that Swansea’s economy is well-placed to quickly recover from the impact of the pandemic.

“We will continue to work closely with the Welsh Government and other partners to preserve Swansea’s history and deliver a 21st century city that meets the needs and aspirations of our residents and businesses.” 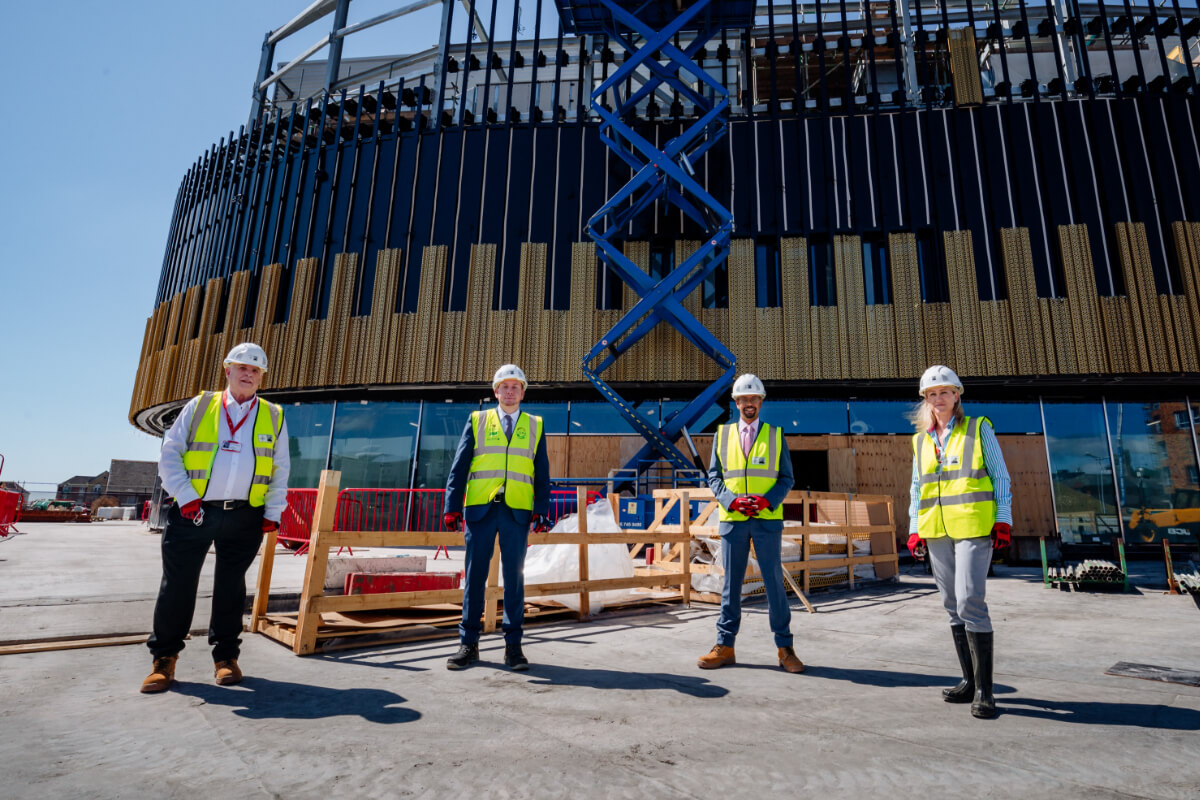 Economy Minister Vaughan Gething said: “It was great to be in Swansea to see the excellent progress being made on two very exciting projects. They will help preserve the city’s past and transform its future, so that it becomes the vibrant and economically successful city we all want it to be.

“The Copr Bay development will create new jobs in the industries of the future, while the Hafod-Morfa Copperworks is helping to preserve the city’s rich industrial heritage, safeguarding it for future generations.

“Swansea has an exciting future ahead of it. I’m delighted the Welsh Government is able to support the Council to deliver these transformational projects that will benefit the people who live, visit and work here.

“We’re working closely with the Council and other partners in the region to build a Wales with a prosperous, fair, green economy, where nobody is held back or left behind.”

The Welsh Government is part-funding both the Swansea Arena at Copr Bay, via the Swansea Bay City Deal, and the Copr Bay bridge, via the Active Travel fund.

Welsh Government Regeneration funding is also contributing to works at the Hafod-Morfa Copperworks site, as well as a £3.75 million grant from The National Lottery Heritage Fund in Wales.