A planning application has now been submitted for the units, which form part of a temporary proposal for the site.

Subject to the award of planning consent, a community container unit will also be introduced for the use of schools, community groups, third sector organisations and Swansea Council.

Also forming part of a temporary, two-year plan for the site is a pop-up park, bringing even more greenery to the city centre.

Developed by Swansea Council in partnership with Natural Resources Wales and Urban Foundry, the biodiverse pop-up park will feature a rain garden and a mixture of planting, living roofs, seating and bike shelters.

Cllr Robert Francis-Davies, Swansea Council’s Cabinet Member for Regeneration, Investment and Tourism, said: “The pop-up food and drink and community container units are part of a temporary two-year plan for the former St David’s Shopping Centre site, pending its exciting regeneration in the longer-term as part of our Shaping Swansea initiative.

“Combined with the pop-up park, this temporary scheme will bring more vibrancy, greenery, activity and biodiversity to a site that’s a key link between the city centre and our emerging Copr Bay phase one district.

“Subject to the award of planning consent, marketing for the food and drink units will soon start, with a focus on local start-up businesses to further support our local economy.”

All pop-up park features and container units are being flexibly designed, enabling re-use elsewhere in the city centre in coming years.

Also forming part of the temporary two-year plan for the site is the demolition of the Llys Dewi Sant building and the St David’s multi-storey car park.

Demolition materials will be re-used as part of a new temporary surface on site by the end of 2021. New lighting will also be introduced on site, and new car parking is soon being introduced nearby as part of the Copr Bay development.

Buckingham Group Contracting Ltd – the council’s main contractor for the Copr Bay phase one district – will carry out the planned works. 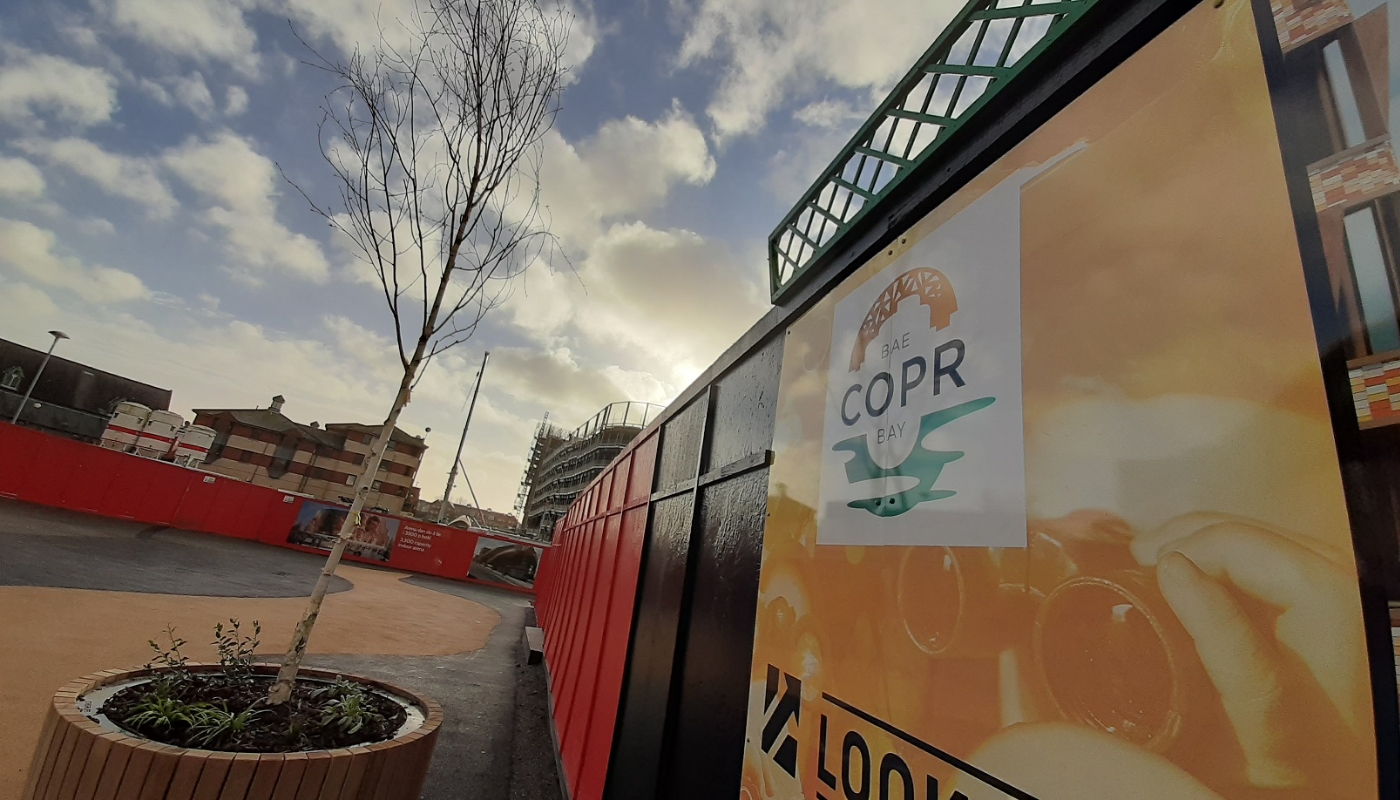