A preferred bidder was announced for the Swansea Central Phase One hotel site. They are the nationally renowned premium hotel operator, Cairn Group, which is in discussions with a number of international hotel brands for the site. And the design of the scheme’s landmark bridge was unveiled. It is a playful and spectacular gold-coloured interpretation of a striking swan figure. It was designed by respected Swansea artist Marc Rees in collaboration with contemporary architect, ACME.

It is due to be open in the second half of next year. World-leading theatre company ATG will run the arena.

Key funding assistance has come from the £1.3bn Swansea Bay City Deal – for the arena – and from the Welsh Government’s Active Travel Fund for the bridge.

Council leader Rob Stewart said: “This is another big day in this transformative project, part of our £1bn-plus rebuilding of the city centre, something the people of Swansea have wanted for a long time.

“I’m delighted to welcome partners here for the latest major announcements and to update them on the exciting progress we’ve made since the start of main construction work in November.

“I’m pleased to announce we have selected our preferred bidder for the new hotel site – Cairn Group are the best in the business in running top class hotels, including venues for big brands such as Hilton, IHG and Accor. This again demonstrates our promise to bring global brands to Swansea.

“Swansea Central Phase One will help us become one of the most exciting places in the UK to live, work, study and enjoy.” 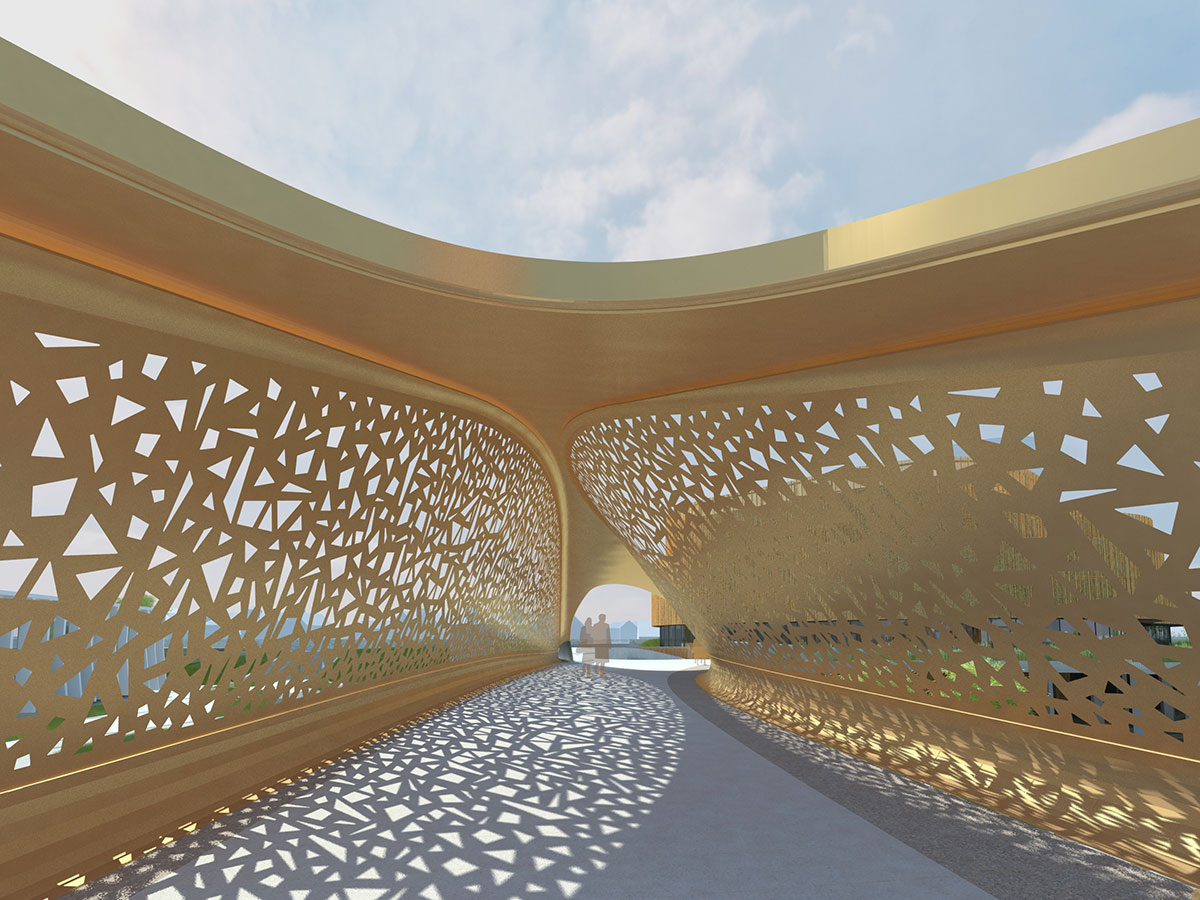 Marc Rees said: “The council wanted the design to reflect an authentic local voice and I hope I bring that along with a compelling artistic edge.

“Working on the design with ACME has been exciting. I settled on an origami-style pattern because I wanted the bridge to have a playfulness reflecting its proximity to the arena and park.

“I chose swans because they represent forward movement and change; they also, of course, have a strong Swansea association.

“The bridge represents the transition from the past to the future. It symbolises Swansea’s aspiration to evolve, grow, flourish and become even more exciting but still very much rooted in a sense of place.”

Friedrich Ludewig, director at ACME, said: “We’re delighted that the design of the bridge for pedestrians and cyclists has been unveiled.

“The structure will seamlessly connect the city centre with the arena and Marina, and will become a stepping stone to connect to the beach. ACME has designed the bridge to celebrate the city through the form and appearance of the bridge.

“The pattern on the side panels is inspired by the silhouette of swans, the result of a close collaboration with the Wales-based artist Marc Rees.

“The selected colour and lighting acknowledges the historical link Swansea has to the local copper industry and is complementary to the digital facade of Swansea arena.”

UK Government Minister for Wales David TC Davies said: “The UK Government is working to bring greater investment and growth to communities across Wales and funding the redevelopment of Swansea city centre as part of the Swansea Bay City Deal represents real progress in achieving those aims.

“Working hand-in-hand with local government and business, we will help create new and exciting economic opportunities to unleash the potential of south west Wales.”

“The Swansea Bay City Deal will deliver genuine economic growth, and our active travel fund is designed to help local authorities be ambitious and deliver a culture change in how people undertake shorter journeys. Combined they should bring real benefits to Swansea and south-west Wales.”

Minister for the Northern Powerhouse and Local Growth, the Rt Hon Jake Berry MP, said: “This Government is committed to uniting and levelling up the whole of the UK by ensuring there is prosperity and opportunity for people everywhere.

“Our multi-million pound investment in the Swansea Bay City Deal shows this commitment in action and these important milestones will create tourist attractions, attract investment and unleash the potential of the area.”

Buckingham Group Contracting Ltd project director Tim Wood said:  “We have been working closely with Marc Rees and ACME to develop the detailed construction and structural designs for the bridge.

“Our aim is to ensure that the finished bridge delivers the architectural, aesthetic qualities that are required and that it creates a stunning visual gateway to Swansea.”

Mark Williams, executive director of RivingtonHark, said: “Landowners and developers need to be considering how they adapt our cities to cater for changing behaviours in the way we use and engage with our urban landscapes.

“Swansea Central is a truly mixed-use scheme that will provide new spaces within the city for a huge range of audiences, from the local community to growing businesses and holiday-makers. It is more than the sum of its parts. It is a new urban neighbourhood for people.”

The existing Oystermouth Road footbridge is due to be removed shortly.