​​​​​​​A stunning new video shows how the former St David's Shopping Centre site in Swansea will look once a temporary improvement scheme there is finished.

The temporary scheme planned for the site includes local pop-up traders, a pop-up park and plenty of green spaces for public use and events.

Work is expected to start on the temporary scheme in the coming months, which will better link the city centre with the emerging £135m Copr Bay phase one district.

Swansea Council is developing the scheme. The video, created for the council by Swansea firm iCreate, can be seen online here – www.bit.ly/SCnorthFly

The council has appointed Urban Splash as its development partner for a major redevelopment of this site in the coming years. As well as a public sector hub for thousands of workers, longer-term plans for the site could include new offices and apartments as part of a mixed-use development.

The latest fly-through video shows the new church hall currently being constructed for users of St David’s Church. Other fly-through features include new lighting columns that will point the way to Swansea Arena.

Council Leader Rob Stewart said: “We’ve appointed Urban Splash to lead on an exciting redevelopment of this site, but we also want a vibrant and attractive temporary solution in the meantime.

“Our new video shows our plans to introduce lots more greenery on the site in the shorter-term, along with opportunities for local pop-up food and drink traders and plenty of space for public use and events.

“Once complete, this temporary solution will create a far better link between the city centre and our Copr Bay phase one district that includes Swansea Arena.”

Council cabinet member Robert Francis-Davies said: “The temporary scheme at the former St David’s shopping centre site will complement all the work we’re already carrying out to create more green spaces in the city centre for the benefit of our residents, businesses and visitors.”

The council is leading a £1bn regeneration of the city centre.

Image: A still from the new video showing how much of Swansea’s former St David’s Shopping Centre site could soon look. Pic: iCreate 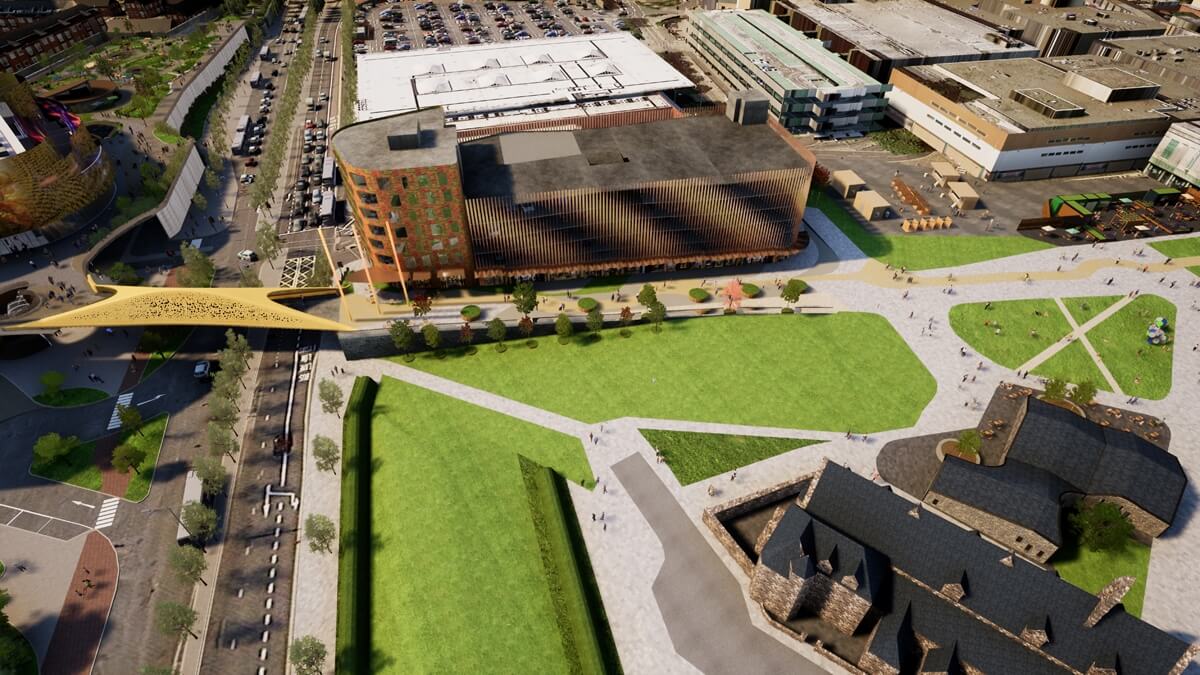