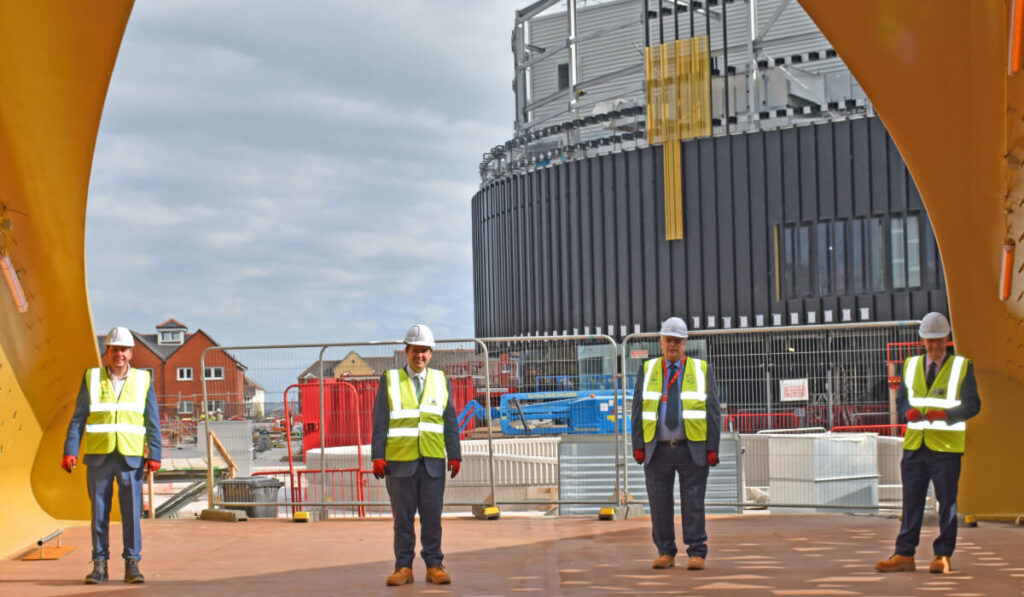 Two UK Government Ministers have seen first-hand the significant progress being made on the emerging £135m Copr Bay phase one district in Swansea. 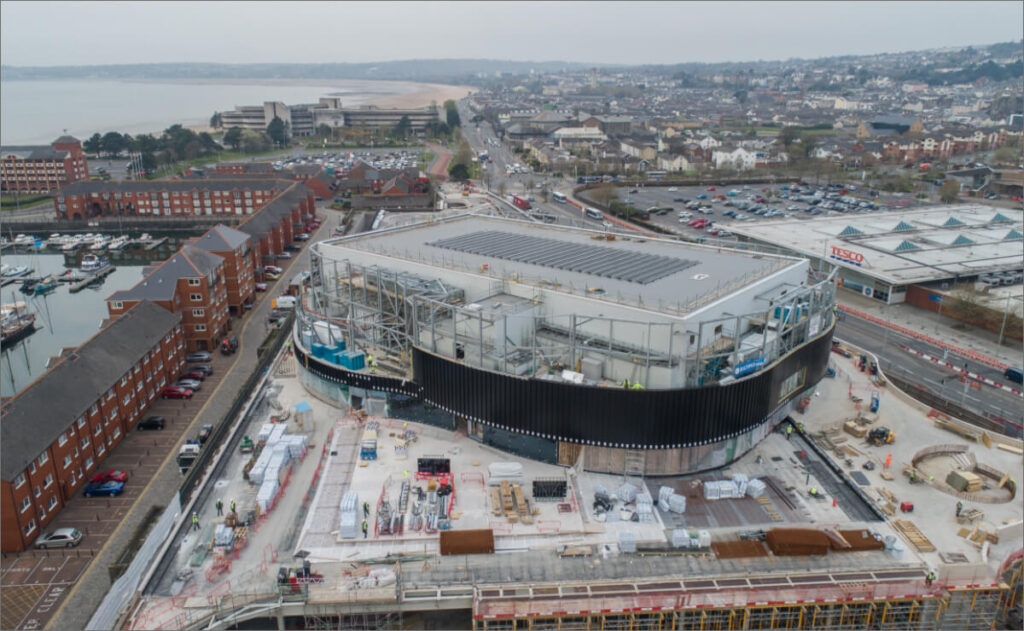 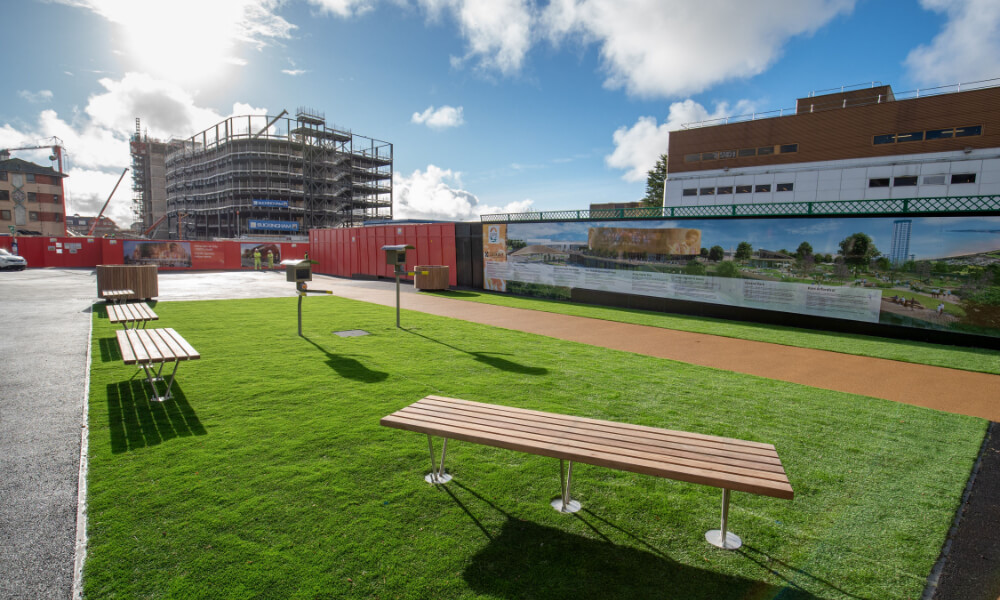 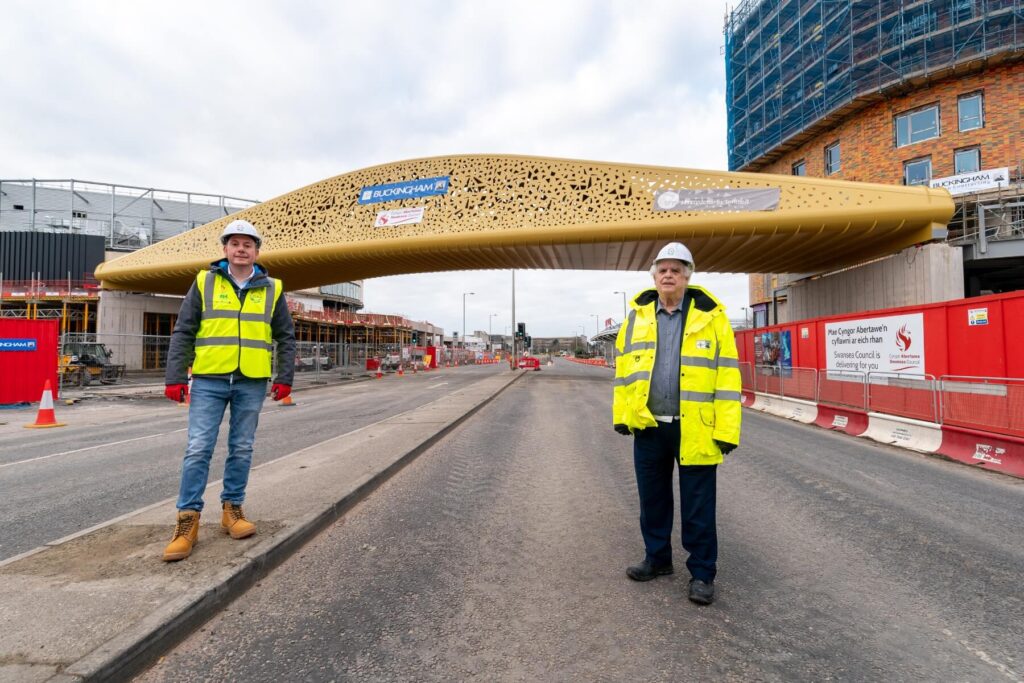 8th March 2021 Cymraeg Installation of a landmark new bridge, which connects Swansea city centre to its marina and beach, was completed over the weekend. A coastal city like Barcelona and Vancouver, Swansea’s internationally acclaimed coastline had been separated from the city by a major road, put in place as part of rebuilding efforts following […] 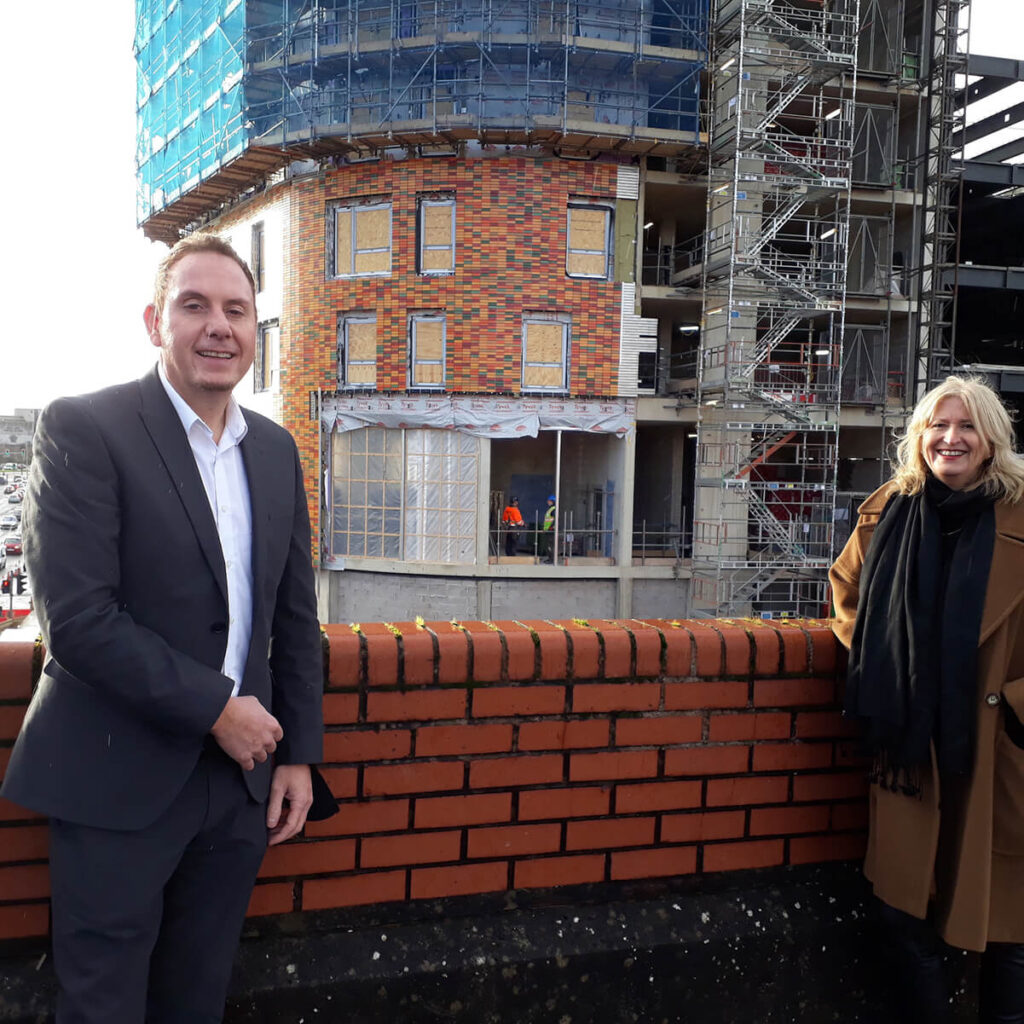 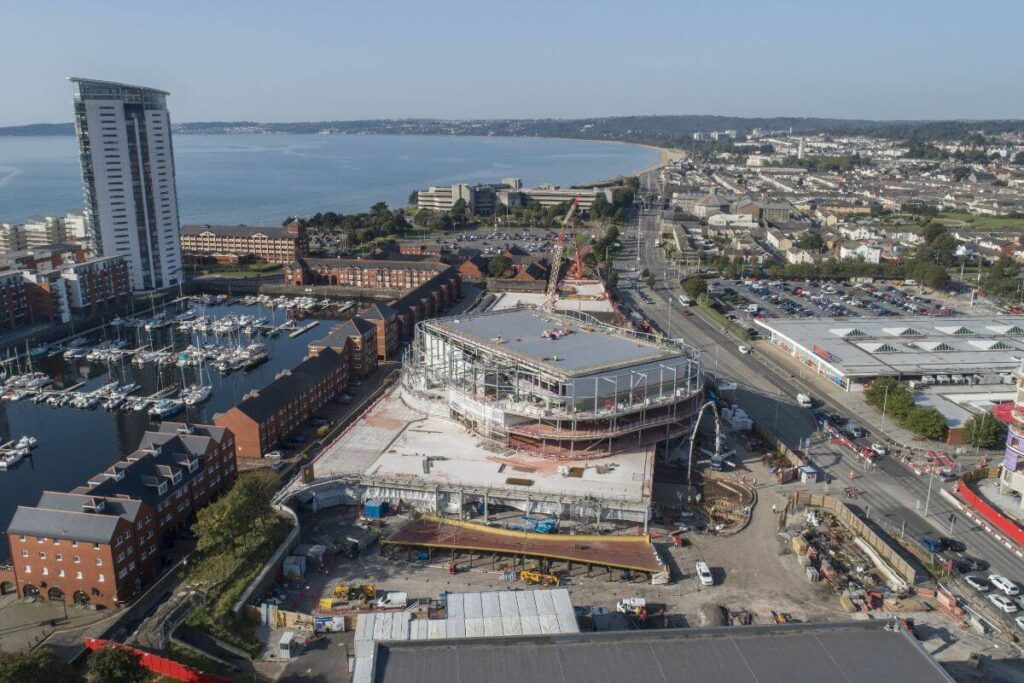 A milestone moment in one of Wales’ most high-profile current regeneration schemes was marked by the online release of a dramatic video today. 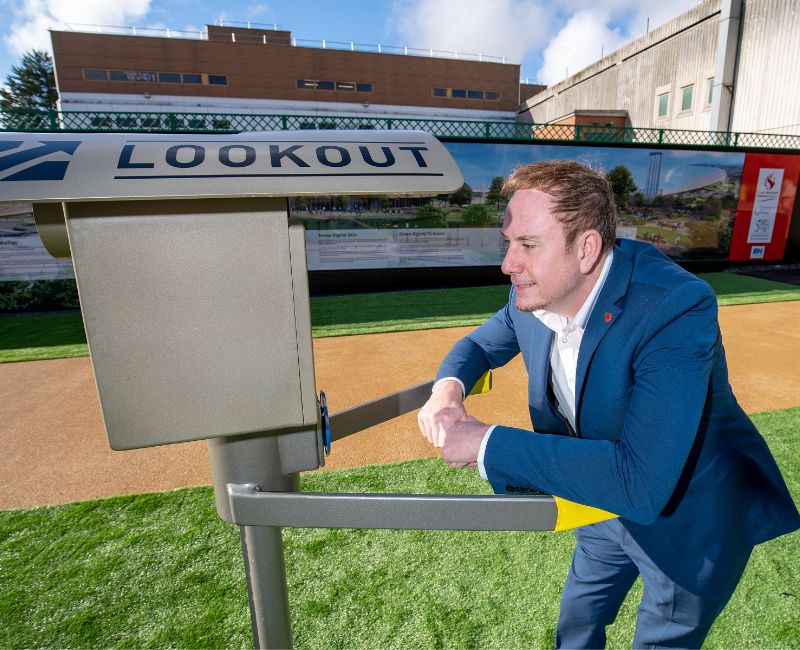 Pioneering technology has been unveiled at Copr Bay allowing visitors to peer into the future. 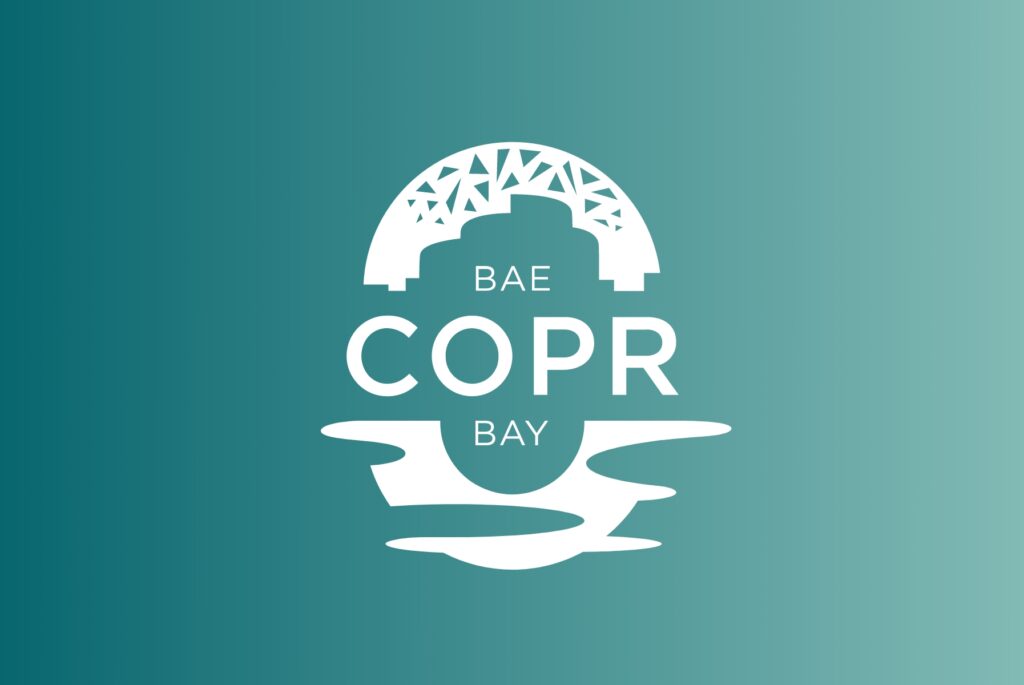 Generations of Swansea families who helped the area become an industrial powerhouse are to be recognised in the name of a vibrant new city centre district. 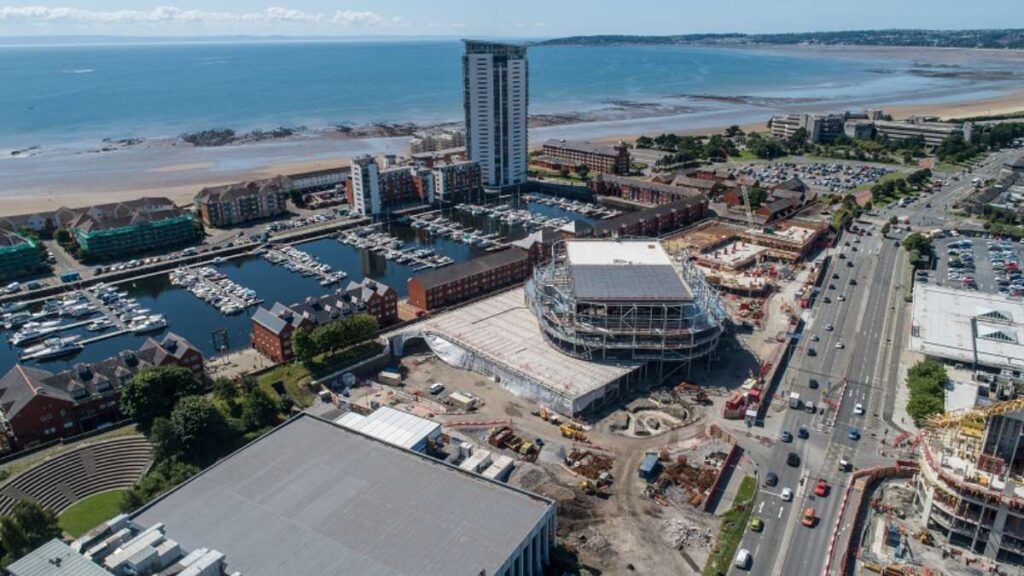 More trees set to be planted as part of arena project

Work is set to start this week on widening a city centre street ready for two-way traffic as part of the Swansea arena project.